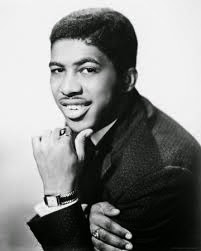 Ben E. King (not to be mixed up with B. B. King) the legendary soul singer, was one of our favorite artist here at JAMBOX, thank to our ol' school boss, Lee Evans who decided to school us young folk about who this great artist was.

Ben E. King grew up in Harlem, NYC. Not only did he have amazing vocals but he also played guitar, piano and keyboards.

He sang with top soul group "The Drifters" on Legendary Hits like There Goes My Baby, Save The Last Dance For Me, This Magic Moment and I Count The Tears. In 1960 he left The Drifters and had a succession of solo hits, including Spanish Harlem, Stand By Me, There Goes My Baby, I Who Have Nothing, and Don´t Play That Song, amongst many others.

As a Drifter and as a Solo Artist, King had 5 number one hits: There Goes My Baby, Save The Last Dance For Me, Stand By Me, Supernatural Thing and the 1986 Reissue of Stand By Me. He earned a total of 12 top ten hits and 26 top 40 hits from 1959 to 1986. He was inducted into the Rock n Roll Hall Of Fame as a Drifter. Ben E. King´s music will remain popular for years to come.
JAMBOX Entertainment Studios salutes the great songs of Ben E. King.
Posted by JAMBOX at 8:17 PM