The Effects Of Music On The Brain 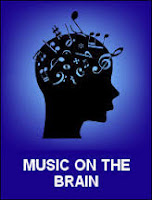 Reprinted from Karaoke Version:
Even if we listen to music in a passive state and largely as a means to relax or let go, music is anything but. Whether you use it when you exercise or during a power nap, your brain, when in contact with music is, working at full!
Even before science began to pay close attention to the effect of music on the brain, the thinkers of the time had already traced a close link between the two. "Music is noise that thinks," wrote Victor Hugo, while Immanuel Kant observed that "music is the language of emotions." Thought and language: two capacities related specifically to the brain that intellectuals attributed to music, giving it power far beyond a mere means of distraction.
Since the 1950s, many studies have focused on identifying the action of music on the brain.

Not everyone has the same needs when it comes to music and work. Some prefer silence despite scientific proof that music helps to focus and improve efficiency and creativity.
In 1994, the Journal of the American Medical Association reported a spectacular difference in performance of stressful operations between surgeons operating with their music of choice versus those that operated in silence.
A small distinction should be noted however. In general, instrumental music has been shown to be more conducive to concentration than alternative forms. Lyrics and singing may cause distraction even if it is in an unconscious manner. That being said, the type of work being done and the monotony of the task will affect this.

Listen to music and your body, in particularly your brain, will say thank you. With slower music, it can improve circulation and dramatically reduce blood pressure.
How? In 2004 a study by Japanese neuroscientists Den'etsu Sutoo and Kayo Akimaya made things more evident by observing the behaviors of a group of rats listening to Divertimento No. 7 in D Major by Mozart. According to their studies, the stimulus (music) generates a supply of calcium to the brain that produces dopamine, inhibiting the sympathetic nervous system and reducing blood pressure. This also explains why music acts as a defense against anxiety, depression and stress.
The link between music and dopamine production opens a world of possibilities, in particularly for diseases that are linked to this hormone and even arterial diseases such as Parkinson’s, epilepsy or even Alzheimer’s. Regarding the latter, a study at the University of Oregon highlighted the impact of repeated listening to music in Alzheimer's patients: their speech and conversation became more fluid and rich when music was repeatedly played.

Beyond the biological benefits of music, it is now proven that it even has impact on our relationship with others.
Research by Goldsmiths, University of London, in 2009 revealed that our perception of the emotions of our surroundings are influenced by the music we listen to. For example, if one is subjected to a happy music, the people who surround us will seem happier.
Even more surprising is the experience of psychologists Rona Fried and Leonard Berkowitz of the University of New York: they subjected a group of students to listen to calm music, another to stimulating music a third group to music producing negative emotions and lastly one with no music at all. The students were then asked to render a service. Students submitted to the calming music were more likely to help (90%), followed by those in the third group and those who did not listen to music (60%) and in last, the group subjected to more negative music (45%).
Moral of the story: listen, sing, play! It's good for the body and for the soul. 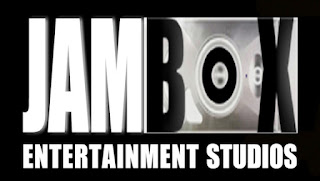