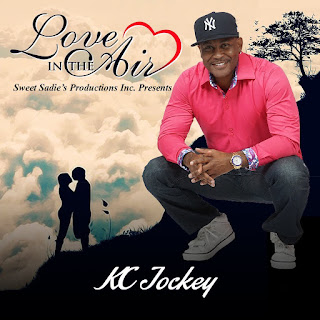 KC Jockey is an artist who is hard to define. His style is a little bit ‘Kingston’ with a side of ‘Brooklyn.’ He’s part ‘R&B’ with a dash of ‘ reggae.’ He has a been a long time member of JAMBOX Entertainment Studios in which he recorded hits like "Toast to the Dads" (picked up by Disney) & many more. To call him simply a musician does not even begin to scratch the surface of his career in the entertainment industry. Jockey’s recent appearances in major motion picture films, his modeling deals with a worldwide clothing line, his stint as official spokesperson for a popular energy drink, not to mention owning and operating his own record label, Jockey is a empire with a skill set that can challenge anyone in the business.

“This new EP will have eight tracks on it, and we are very excited to release this EP as a new year's gift for 2018 for our fans"

According to the KC, the track listing includes "You Are A Mother", "Gimme Some Of That", "Don't Bully", "Cancer", "Dem Gone", "Payroll Snitches", "Unnecessary", and "Tears Of Blood".

"It's a bit tribute to my mother and all powerful females who are mothers and play many roles. A mother naturally gives everything to make your life as beautiful as the dreams that dance in your imagination. It is better to be looked over than overlooked.